There are a fair amount of Illinois breweries attending the 2018 Great American Beer Festival (GABF), so who better than us (um, a lot of people!) to provide a list of what the Illinois breweries are pouring and our recommendations. Clicking on the brewery name will take you to all our content on that brewery, while clicking on a specific beer will take you to the episode where we had it (when available). Due to the amount of breweries pouring at the festival, we recommend the one beer you should get from that brewery, but that does not mean you should stop at one; try as many that interest you! There’s also a list of events around Denver where Illinois breweries are featured or pouring. If you’d like to be added to either list, please email us at abvchicago@gmail.com. (Note: brewery pour lists will be added as we receive them.)

ABV recommends: 350 Brewing knows their way around a hoppy beer, but the move here is the refreshing Hailstorm-collab Howdy Neighbor. One of those beers you can get again and again and easily enjoy.

ABV recommends: This one’s a toss up. ALTERior Motive and Hopular Kid are both hoppy beers, feature Citra and Simcoe, and clock in around 6.5%. Tie breaker usually goes to the pun, but they again both have them! If pressed, go with the ALTERior Motive and its simple hop bill.

ABV recommends: Jasmine. Clean, crisp, and refreshing. Would recommend grabbing some cheese (hopefully Cypress Grove!) to pair with it, as that’s where Band of Bohemia really excels.

ABV recommends: Having never had anything from this brewery, I would normally go with the Mike Tyson’s Voice, as it has the best name, but their other three offerings are extremely interesting. I’d go with the Einer Honning Ol, as I don’t think I’ve had a Norwegian farmhouse before.

ABV recommends: Heavenly Helles. Church Street does German styles right, and their helles is one of their best.

ABV recommends: Um, everything. If forced to choose, though, easily Agent Pina. If you remember Pineapple Brettanomite from Goose Island Clybourn (poured at GABF in 2014), this is the second coming. Nice tannic Chardonnay notes followed by a ton of juicy pineapple and a nice dry finish. Definitely a must try.

85 in a 55 (collab with WeldWerks; pouring at the Collab Competition Booth) – New England style DIPA with Citra, Simcoe, El Dorado, and Idaho 7; 8%

ABV recommends: While I love Lynnbrook and I’ll definitely stop by for the Weldwerks collab, Dosvidanya is the one you’ll probably want to try. This barrel-aged stout won best in show in 2015 and runner-up in 2016 at the Festival of Wood and Barrel-Aged Beers, so it’s definitely worth a try.

ABV recommends: Light and refreshing, take a break from all the high gravity NE IPAs and barrel-aged things and try Empirical’s Cold Fusion. I recently had one while getting a haircut and thoroughly enjoyed it and you probably will too.

ABV recommends: Taste the malt and the bitterness of the West Coast IPA with Eastside IPA. Should be a nice change of pace from all the haze.

ABV recommends: A 10% triple IPA that isn’t a big malty, hoppy chore to drink with tons of cantaloupe, pineapple, and mango? Yes, Toro is just that. Just don’t have too many, as it’ll end your fest quick.

ABV recommends: While I am loathe to pick a DIPA over an English mild and blonde ale, the addition of cannabidiol (CBD) makes this the pick, as I’m always interested in giving experimentation a try.

ABV recommends: While the Stratus is a worthy New England style entrant, the choice here is either Rock Out with Maibock Out (GABF silver in 2015 and 2017) or Prairie Madness (GABF gold in 2017). A double medal winner is nothing to pass up, but winning the IPA category (especially last year with 408 entries) makes this choice that much easier.

Hop Butcher For the World

Paris on the Prairie – saison with lavender honey; hopped with Hallertau Blanc; 6.5%

ABV recommends: As a first timer, this is definitely the booth most people are going to hit, and rightfully so (MoRE Brewing being the other). All are worth a mention, but I’d probably go with Galaxy Bowl if I had the choice. Tons of tropical fruits and citrus coming through, all in an easy-to-drink 8%.

Son of Juice – IPA with Mosaic, Simcoe, Nugget and Warrior; 6.3%

ABV recommends: If you haven’t had anything from Maplewood before, get Charlatan. It’s a traditional APA that can hang with the best (GABF 2016 bronze). If you’ve ticked Charlatan, get Big Pulpy. Keg only, very limited and the first beer brewed by Corridor’s former head brewer Roger Cuzelis for Maplewood, so it’ll be world class. 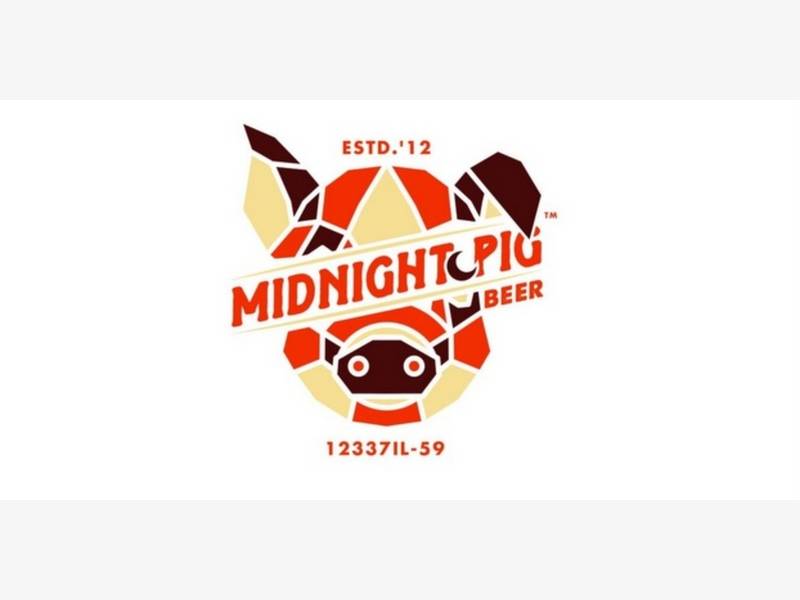 ABV recommends: I would normally go with Chicago Overcoat (love those English barleywines), but Hook and Hatchet has won both the World Beer Cup 2018 gold and the Beverage Tasting Institute gold. A legitimate three-peat candidate, try it before it (potentially) does.

How It Starts – American wild ale with brett and hopped with motueka; 5.5%

ABV recommends: Being one of their best overall beers, Milk Eyed Mender is the way to go. The adjuncts are all in balance and nothing goes overboard, plus the orange added gives it a unique citrus quality that other milk stouts just don’t have. Follow that up with some Robyn or Little Crush and you’ll be a happy fest goer.

ABV recommends: If you’re interested at all in having any of the stouts from MoRE, hit their booth up first. They are widely known and brewer Shaun Berns has already won GABF gold in the chocolate beer category with Chaos (for RAM Brewery in 2016) so there’s some history there. The BA Henna Karma is the one to get here (if it isn’t gone), with Mehndi being something I’m interested in trying, as it’s a new beer and there’s no info about it (at the time of this posting).

ABV recommends: While doing many styles exactly right, Noon Whistle has honed their NE IPA game over the years, so stick with Sticky Gummy. The hop combination is solid, adventurous (is an experimental hop adventurous?) and low enough in ABV that you can have another.

ABV recommends: Another case of going to where the medals are. Low Boy won gold in the Bock category last year and it could repeat, so get it before the others.

ABV recommends: This brewery is only 5 months old, so needless to say I’ve had nothing from them. What I do know is their head brewer is Marc Wilson, who brewed Hook and Hatchet for Midnight Pig/Nevin’s, which won World Beer Cup gold this year. That being said, I’m excited to try what they have to offer and, given the head brewer, I’d probably go with the Oktoberfest.

ABV recommends: This is a tough one. If you’re chasing the medals, go with Frauhauf (GABF bronze in 2016). If you’re of the pastry stout persuasion, Fun Size will definitely scratch that itch. If you want something light and fruity, Summerly it is. You can’t go wrong with any of them, but since most festival goers are probably drinking high gravity beers most of the time, I’d go with the Summerly.

Freedom of Speach – session sour with lactobacilius and peach; 4.5%

ABV recommends: I’ll split the difference here and not recommend two 13.1% beers from the two Revolution booths. But I said two, not one. Straight Jacket is the play here, as Revolution has perfected their Institutionalized barleywine recipe to get the most of the barrel. Sweet, caramelly, and definitely boozy, it’s one you don’t want to miss.

Freedom of Press – session sour with lactobacilius and black currant; 3.6%

ABV recommends: Something a little less alcoholic (not that E. Norma Gene isn’t good), but Freedom of Press is light, very fruit forward, and has a hint of lactic acidity, but not too much. Chug away!

ABV recommends: Given that only two beers on this list are distributed and the rest are taproom-only (and I haven’t been to the taproom yet!), I’d recommend either the Oktoberfest (can’t go wrong with a traditional marzen) or the Forty1 Eighty8, as I’m a fan of unique concepts such as this and excited to try the results.

ABV recommends: Two breweries, so you get two recommendations. Both are from the same brewer – Une Annee are Belgian-inspired beers (sours, mostly) and Hubbard’s Cave does the IPAs and stouts. The Le Grande Monde series is very experimental, and 2018-1 is no exception. Think black currants and vanilla beans won’t work? Just try it. Finish that and get the El Zacaton. The almond flour gives it a thick mouthfeel, almost all of the adjuncts are in balance (cinnamon does stand out a bit), and it’s not too sweet. Definitely up there with Abraxas and Hunahpu’s.

Forbidden Root will be taking over the taps at Cheba Hut with Ghost Tropic, Strawberry Basil Hefeweizen, Toro, and Assembly Required V4 (IPA with raspberry, vanilla, peach, and lactose).

This will get packed, as it brings hoppy beers from around the country under the parking lot tent at Falling Rock (including IPAs from a number of breweries not at the fest). Forbidden Root will be there with Toro.

Outer Range from Frisco, CO takes over the taps at The Crafty Fox in Denver, with Mikerphone scheduled to be on tap as part of the “and Friends” portion of the takeover.

Scratch Brewing from Ava, IL will be participating in this “shutdown” event at Hops and Pie. Scratch will not be pouring at GABF, so this is one of a handful of opportunities to try something from them. And don’t forget to order the cheesy bites. All the cheesy bites.